There have been a few different topics floating around in my head about what to write about this week—life, social media, books, etc.

That is, if I even wrote about any of those and actually pushed “publish.”

Then I ran across this video and that sent me off on this tangent.

If you’ve been following this blog this winter, you know that Goddess and I have been doing a fair bit of snowboarding.

One common theme that we’ve run across, regardless of the mountain, the state, or the country in which we’ve ridden this winter is that the mountains are full of young retired folk. The gentleman in the video is a spry 62 year old. This winter I’ve been schooled in the deeps, down the steeps, and through the trees by an even more spry gentleman in his 70’s; he said that he’d get in over 100 days of skiing this season, which means he’s on a mountain almost every day.

And, as Goddess exclaimed on a recent glorious powder day as a group was chasing each other through the trees and down the steeps—”Listen to them! They all sound like a bunch of teenagers!”

We’ve got a few weeks left yet to enjoy the slopes and try to keep up with them.

After the lifts close next month, we’ll head into the backcountry and chase the dwindling runs. But that means more effort and knowledge than is required at a resort. Here’s Goddess checking the snowpack stability last week:

I finally got Goddess into a pit. Unfortunately, not at a metal show. But this is good too. We've been talking through evaluating snow layers all winter long, but just haven't got out to do it. Today she was actually able to put everything together, seeing and feeling the differences, then testing to make everything break loose. Spoiler-it didn't. Not until I got on top and jumped up and down several times. Even then, just a little bit at a time. #avysigns #avypit #ect #layers #springskiing #springshowers

That was her first time in a pit, putting finger and thoughts to what we’ve been discussing this winter. It’s amazing how fast a season’s worth of talk and reading can be solidified in just an hour or two.

She found that with the spring conditions that we’ve had over the past 10 days or so, the snow pack had stabilized quite nicely. It took a lot of effort to finally get an isolated column of snow to break loose and slide into the pit.

But that was last Wednesday.

With 20″+ of new snow over the weekend, that stable base is now covered with fresh, loose snow, perhaps unstable. So that means we’ll stick to the inbound runs this week.

Hopefully you can find the time to put a smile on your face this week, too.

Perhaps even act like a teenager (if you aren’t one).

Another TBT to last July in the Sisters Wilderness of Central Oregon.

My fantastic shelter, a Yama Mountain Gear Swiftline. This was the only shelter for Goddess and I during our 2015 PCT thru-hike. In 2017 it was my shelter during three weeks of trail maintenance on the PCT.*

For those of you who have kept track, it has been used and abused for well over 200 nights, packed for close to 3,000 miles.

One of these days, we’ll be sad to see it go. But it will be replaced with another of Gen Shimizu’s hand-crafted ultralight tents.

I was glad to capture the sun setting behind the tent this particular evening. A few days later, I would be diving into it quickly after dinner, glad for the protection from Oregon’s Air Force, the gazillion mosquitoes that would be plastered against the screen, hoping for a meal.

And while we are enjoying everything that this winter has to offer, looking at these pics has me looking forward to summer. But just a little bit. There’s still plenty of winter to enjoy.

* full disclosure for those relatively new here – Yama Mountain Gear sponsored us during our PCT thru-hike, providing not only the tent pictured, but arranging for other gear and mentoring to help us succeed. We did. We have been under no obligation to continue discussing the products after 2015, but continue to do so because we truly believe that Gen crafts truly great lightweight and ultralight tents, as well as other gear..

A TBT to last July, when I hiked back into the Sisters Wilderness of Central Oregon, relaxed by myself for night, then hiked back out to meet a trail crew, just to return to the same spot for a week.

This was the view from my tent site. Really not a bad way to spend summer evenings.

Hello everyone! It’s time to dust this thing off before we get into the woods.

This week was our opportunity to help the local Washington Trails Association chapter fix some erosion and drainage issues on a trail. The hope was for the trail to endure many more seasons before we would have to touch it up. Locally, we had a long, hard winter. Two months of record-setting rainfall served as bookends to a winter of top-5 recorded snowfall. That meant five months of moisture running across this trail, quickly built last fall to replace a social trail following an old lumber skid road that went straight up the hill.

Here’s Goddess repairing the back slope after the rain and snow melt pushed dirt down and across the trail. That narrows the trail, which leads to other problems later. So it’s best to clear the dirt and keep the trail wide.

Two days later I was back, finishing some drainage issues that I couldn’t finish the other day, then helped reroute more of the trail to give it better drainage. To be sure, the building of new trail is significantly harder than repairing existing trail. One tree is still upright in the middle of the new tread, closely guarding its roots from our digging, prying, and cutting. But the next crew will clear it, I have no doubt.

So this week was a great opportunity to dust off the cobwebs and get the brain rethinking how gravity works and water flows. All in all, a good warm-up to a summer of trail work throughout the region.

We’ve been quite busy here at the homestead.

But not so busy that I couldn’t chisel out some time to catch opening day, a powder day, at one of the local ski resorts. Less than an hour, door to door. A brilliant day of rediscovering my boarding legs for the season.

This isn’t a picture of that day. 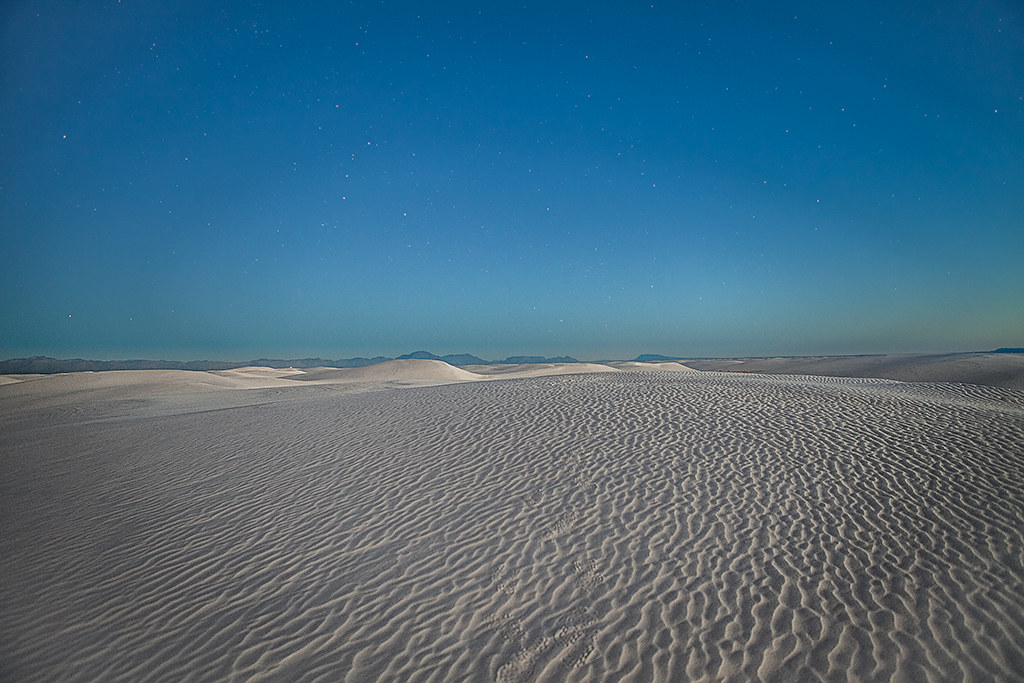 Hopefully the last weeks of autumn (for those of us here in the Northern Hemisphere) are treating you well.

Moments after this, a pair of US Navy F-18 jets flew just a couple of hundred feet above us, banking hard enough that we could see the pilots in the cockpits.  We couldn’t hear, nor see them coming, although the first one gave it away.

Playing with a cinematic crop, which gives these landscapes quite a different look, a depth that the regular frame doesn’t provide.

A flashback to a day last spring.

Goddess and I were sitting with a friend on a bluff overlooking the Rogue Valley in southern Oregon, watching the rain showers roll past. 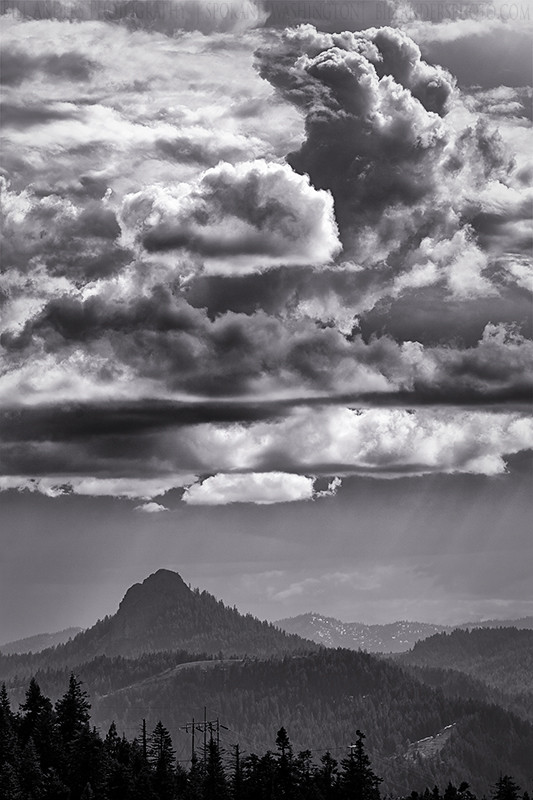 There are five climbers silhouetted on the summit of Pilot Rock that are only visible in the original image.  Discovering them made me smile, thinking of another day a couple of years ago where we made that same climb with friends.

We got the entire house packed, cleaned and handed over the other day. We wanted to spend yesterday napping, but there is still plenty to do.

It doesn’t help that, thanks to a shipping snafu, that we are still waiting on delivery of about 120 meals worth of dehydrated vegetables and protein.

Here’s our hotel room right now. I suspect the housekeeping staff is shaking their heads every time they walk past the open door.

It’s a last minute sanity check, as we have realized that some important items are now somewhere in the storage unit. No show-stoppers, but things we will need to find (not likely right now) or replace.

Once this is done, on to the last minute packing of meals as tracking tells us that the food shipment is in town as of yesterday, but apparently too far from the mailbox to pick up.

The adventure begins and continues.

Our home for the summer received a quality control shakedown after being created this week.

Gen Shimizu, the genius behind Yama Mountain Gear, posted a pic and asked if it looked like a shark.

It does.  A Whale Shark.

At 36.5oz actual weight, I’ll barely notice it in my pack.  But we will both enjoy this Yama Mountain Gear Swiftline 2-person tent on those wet and windy nights.

In case you weren’t out traveling earlier this month and missed getting a copy of USA Today slid under your room door, there was an interesting article on the state of the National Forest Trail system, which is pretty dismal.

One thing you’ll notice in the article is the increasing reliance on volunteers to maintain the trails.

We’re eager volunteers.  Personally, I enjoy the excuse to get out into the wilderness and do some work.  The crew members are great and everyone’s excited to be there to work.

Plus, for me it’s a chance to see new areas and scout out where I’d like to return to shoot photos.  Like this one.

So please consider donating to the Pacific Crest Trail Association (PCTA), the non-profit organization responsible for the trail-work coordination and execution, as well as the protection of the trail corridor.

The PCTA is a 501(c)(3) non-profit organization, meaning that your donation may be tax deductible on your taxes next year (sorry, if you were looking for an angle on the forms you’re doing now, that ship sailed two months ago).

We are 1/4th of the way to our goal!  Would you please help maintain the trail that Jennifer and I will be walking this year?  Your help will ensure that the trail is available for hikers in the future too.

Please click on the picture of Jennifer and Skinny on the PCT below to lend a hand.