There has been a lot of walking around here lately.  A lot more than usual.

We do live in quite a walkable town.

But we’ve got a longer walk to get ready for, you know. So it’s a lot more hours on the feet, more frequently.

It was also a great opportunity to test the rain gear that we have on hand (we’re still mulling over a couple of  items), plus check to see how the sock/shoe systems work while soaked (verdict: swimmingly).

The best part is that once the appointments were done and we were waiting for the shop to finish with the car, the walk delivered views like this: 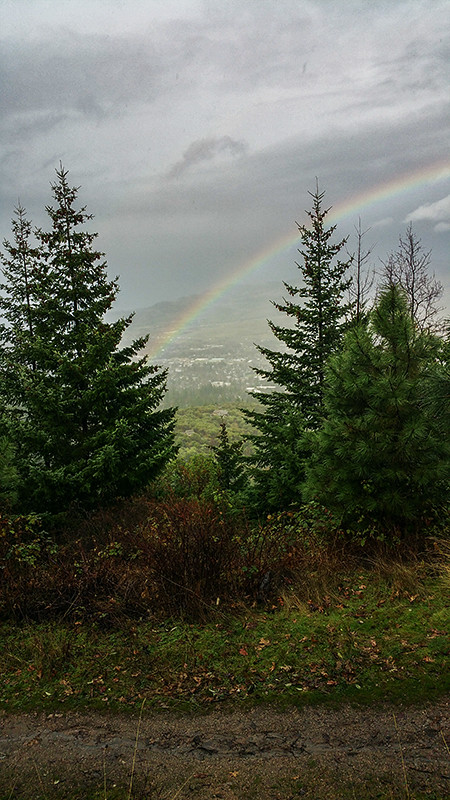 We took the rainbow as a sign that our car was done at the shop.  Three hours later, we found that to not be true.  But four hours later, all was right.

That image was shot right after we stopped for our “lunch”.  I put “lunch” in quotation marks because we’re working on our feeding schedule on these walks, trying to stick to every 90 minutes or so for a snack, then keep moving.

This specific feeding was closest to noon, so that counted as “lunch”.

Just 90 minutes later, it was mid-afternoon and it was time for a break.  It had been raining pretty steadily and hard for several hours, not to mention all of the water blowing off of the trees in an increasing wind.  But we were comfortable.

As Goddess boiled the water for some hot tea, I snapped a couple of pics, which didn’t stop her from eating some of the salami and rehydrated veggies.  But her look here, a look that I did not notice at the time, is proof that if I didn’t act fast, I was not going to get any of it. 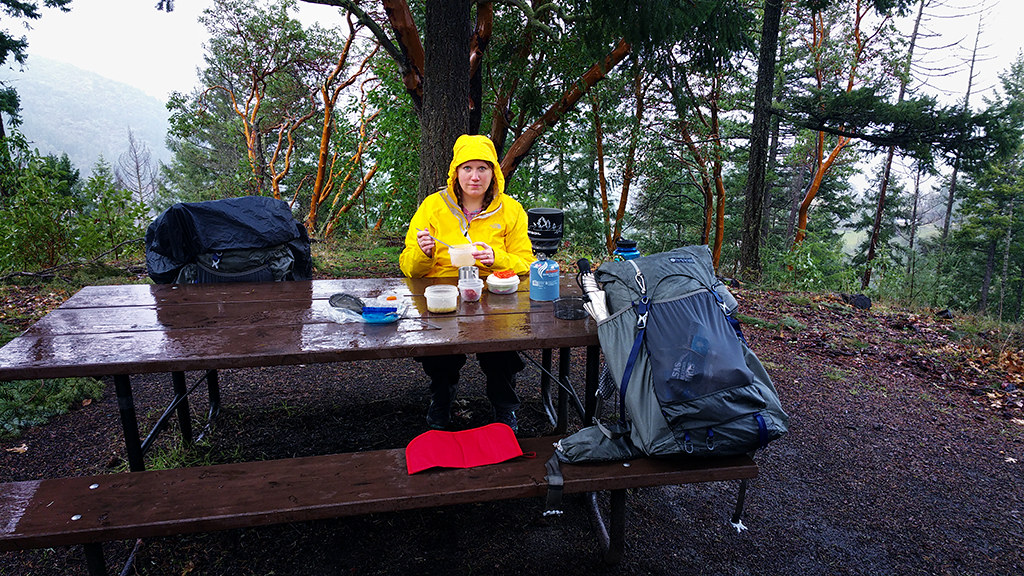 Now that’s what I call “hangry”.