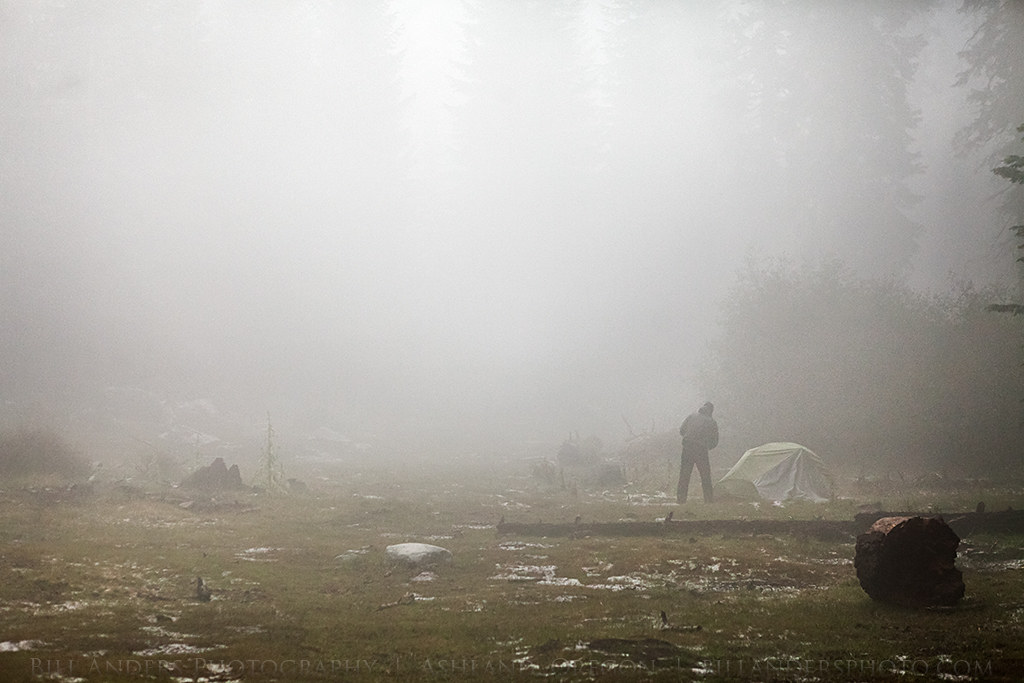 A couple of posts ago, I mentioned that if anyone had any questions about this idea of hiking the PCT this year, to ask.

Twice this week I was asked “so does this mean that you’re going to be homeless?”

In the traditional sense, yes.

We will turn over the keys to the house that we’ve been renting for the last couple of years.  All of our stuff, well the stuff that hasn’t been donated, recycled or thrown away, will be in storage.

Once we put the car in storage and step off from the southern terminus of the trail at Campo, California, everything we have or need will be on our backs.

That’s it – we will have a house and we’ll be together.

We’ll just have a different view out front every morning.

After the hike?  We don’t know right now.  That’s part of the fun of the hike.  We’ll figure out where it takes us.

The picture at the top is the view of one home.  It was the last morning of a long hitch of trail work down in California.  It was the middle of summer, August 5th to be exact.

It looks like snow on the ground, doesn’t it?

It wasn’t.  That’s the remnants of the hail storm we had overnight.  By 2am there were several inches of hailstones blanketing the entire area, but most of it had melted in the summer warmth by sunrise.  The evaporational cooling created quite a thick layer of fog over the area by the time we broke camp.

That little tent did a fine job of protecting that young man through the worst of the rain, the hail and the runoff.  It was extremely loud inside my tent, which was protected by trees.  I still can’t imagine how loud it was for him out in that meadow.  But he emerged in the morning with a big smile on his face.

That was a fine home.

Do you have any questions about this journey of ours?  Let me know and I’ll talk about it.